Head halters took the training world by storm years ago.  Some trainers are hanging up their head halters because they simply don’t like how dogs seem to fight them.  Other trainers, those who use force have long tried to make the claim that head halters are no different from prong collars.

Such topics can get heated.  Throwing verbal stones may be tempting.  Answering this question with thought and honesty is probably best done without any emotion at all.  Just the facts.  Just the definitions.

Whether you use head halters or not… whether you use prongs or not…examining if they are the same is interesting question.  At the very least it affords us the opportunity to discuss what this hot button word “aversive” actually means.

Aversives is a funny word.  It conjures up knee jerk responses that confuse the word with abusive.  Aversive and abusive are not the same.  Someone may say that an aversive ought to be abusive.  An aversive may or may not be abusive.  One is a legal word.  The other applies to the impact on behaviour.

These are two different words.  Don’t get your knickers in a knot by mentally jumping to the word abusive when that terms has not been used.

Aversive means something noxious that the animal will seek to avoid.  It can act as a punisher, suppressing behaviour or it can also be used in negative reinforcement.

Cold rain may be aversive but not abusive.  You may seek to get out of the cold rain and yet you are not being abused.  However, if you knew that a parent was tossing their kid out into the cold rain to make them suffer, you probably should call child protective services.

Semantics?  Yes.  And they are important.

To ask if something is aversive simply means that we are asking if the dog will work to avoid it.  Whether that rises to the level of abusive is a completely different question and not what we are doing here today.

Asking if something is aversive is important to trainers because such decisions do affect how the animal learns.  It impacts which side effects might emerge.  Training outcome differs.  For some, it is also a personal moral issue.

Determining if something is aversive become tricky because sometimes it is easy to confuse mean or ugly or dangerous with the word aversive.  Take these examples to see how convoluted it can get.

Similarly, the dog pulling into a flat collar, gasping and choking does not find that pressure to be averisve.  It can be ugly looking.  It can even be dangerous.  It’s not aversive.  However, the dog that backs away when someone steps into their space, making them uncomfortable, is likely under aversive control.

The decision on whether something is or is not aversive is not measured by how overtly ugly something is, nor how dangerous it may be.  It’s measured by the function or effect on behaviour.

Prong collars rely upon aversives.  Dogs that do not find the sensation uncomfortable will pull into them.  Should you decide to condition the dog to like pulling into a prong (and you can – but WHY???), it will no longer work.  Even if dogs rush over, happy to put it on, we can say that the pressure from the prong collar is aversive if the dog is avoiding that pressure.  It bothers them enough to do something about it.

Moving from prong collars to head halters, we need to work through the same thought process.  Are they seeking to avoid the harness or some component of the tool?

If a dog is fighting to get out of a head halter, then the dog clearly finds it aversive.  If a dog is avoiding the sensation of the nose strap because it bothers them, then yes, that sensation would be aversive – just like a prong collar.  It’s a no brainer.

Except, there’s an exception.  But what if the dog is properly conditioned to them?  We know that a prong collar ceases to function if we teach a dog to like pulling into it.  Does a head halter offer some benefit if we condition the head halter?

If a head halter is properly conditioned, the dog likes it and likes all aspects of it, they will pull into it.  A dog that is well conditioned to a head halter is like the dog that pulls into a flat collar.  It may be ugly and undesirable.  But it’s not aversive to that dog.

Because of the way it sits, the dog’s ability to pull with significant force is reduced.  They are stronger pulling through the chest than through the upper part of the neck.  Just like I can lift more weight with my legs than my triceps.

We address pulling with training.  The solution for a dog on a head halter is no different from a dog on a flat collar.  Train! 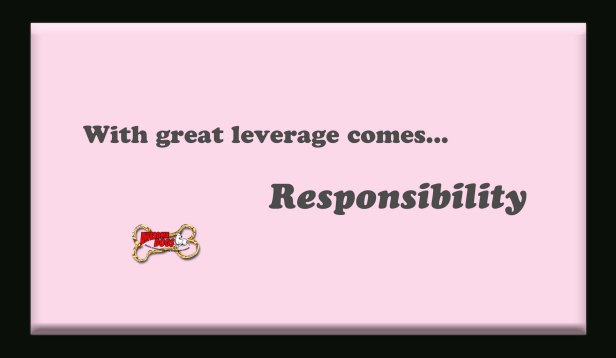 There are some who may say that they still don’t like to see dogs pulling in head halters.  I don’t either.  Nor do I like them pulling in harnesses, flat collars, chokes or martingales.  Pulling into any piece of gear is, well, pulling.  Just not necessarily aversive.

Do you need to use a head halter?  That’s a different question.  My dogs walk in body harnesses.  What I do know is that I can condition a head halter quickly and efficiently without aversives should the need arise.  In the video where I show how to accomplish this, I did so with a dog that does not in fact wear a head harness.  It’s not hard to do.

Should a person require assistance because their dog has the physical strength to do them harm, a head halter can offer a safer backup plan.  Failing to know how to train a dog to like a head halter is not the reason to reject them.  Conditioning is relatively easy.  If you’ve ever run into issues, you can find the full breakdown on how to do it here.

It would be prudent to say that we hesitate to suggest them to someone who shows signs of being irresponsible or non-compliant.  It would make sense to say that we expect them to be conditioned correctly.  I cringe when I see store clerks fighting with dogs, forcing them to get it on now.  This is a problem.  It’s not okay.

Head halters have a window where they can be used without aversives.  A reduction in the amount of force with which the dog pulls can afford a person an opening by which they can train without the same fear of being pulled over.

Prong collars are not the same as head halters.

Prong collars stop working if you condition the dog to like the pressure.  Head halters will still offer relief if fully conditioned because they reduce the dog’s ability to pull with as much force.  Head halters are a bit more like flat collars.  They can kind of fit anywhere depending on use.  Some aversive and some not.

A head halter can also be used in many ways.  And that is something to be very mindful of because a head halter gives additional leverage.

Every act of yanking and pulling is magnified because it gives the human so much more power.  We shouldn’t be dismissive of this.

However, they simply are not the same as prong collars because they have the capacity to act simply as a backup plan during training in the hands of a person that shows responsibility and the desire to train…and yes, condition them fully.